Well I thought I’d update on my plans for which peaks I am attempting this year, as it is ever changing and increasing!

As of the date of my last post, I’d just signed up for the Welsh Three Peaks, the (GB) Three Peaks, Mont Blanc and Aconcagua, as well as Elbrus. So as my training seems to be going ok so far (touch wood), and as I know I have a long long way to go before I’m in good enough shape to do the latter three of the above, then I thought I’d sign up for a few more. So now we also have……

The Yorkshire Three Peaks, and, The 24 Peaks!

The Yorkshire Three Peaks consists of the (hills really I suppose) following: 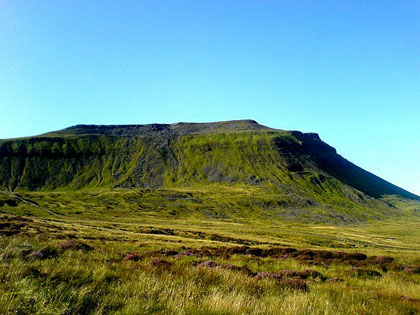 So whilst none of these places will exactly install fear into the most intrepid mountaineer, (or even me), they do represent a really good challenge. The challenge itself is to complete the three within 12 hours, and this involves a trek of over 25 miles, plus the three ascents, which are about 1,600m (5,250 feet) in total. It is very doable, but depends upon conditions and the like too. I’ve decided to go next weekend in fact, so am sure the weather will throw at me all sorts of exciting stuff.

Then I happened to be googling away the other night and came across this:

Day two is as follows:

Altogether to first day covers 28km and about 6,000 of ascent. The second day covers 25km and over 7,000 feet of ascent. So 53km (about 33 miles) and >13,000 feet of ascent should be incredible, if I make it. The appeal is severalfold for me, being firstly that it has got to be outstanding training for Mont Blanc (this will be in June, the month before Mont Blanc), and secondly that all of these hills are in the Lake District, which is just about my favourite place on this planet. I’ll be so glad to just be there, and give it a damn good go. Both days start at about 5am in the morning and involve 12-14 hour days.

I’ve been walking most weekends for the past five or six weeks now, and have notched up about 100 miles of walking, and about 10,000 feet of ascent. When you consider that the 24 Peaks alone has over 13,000 feet of ascent, it just shows you what I am up against. Well, faint heart never won fair lady, or something like that! I have my work cut out, I know, but am giving this my best shot. I’ll keep you posted re next weekend’s Yorkshire attempt – watch this space 🙂