Waking up for the first time at Base Camp on the ‘Normal Route’ side of the mountain was an eye opener. It was easy to forget that we were still at 14,500 feet. The air felt relatively fresh, and warm (even if it was actually only 1C or 33F), and it was breathable. If you walked uphill though, even back to your tent from the toilet, you still get out of breath reasonably quickly if you don’t take your time. 14,500 feet is still high altitude, and you have to still also drink more water than you normally would and look after yourself.

I was glad to be there. I had dwelt overnight as to the merits of my decision the day before to descend the mountain with my AMS. Could I/should I have persevered? The more I thought about it the answer was no, but you are always left with that nagging doubt.  I had after all made an entirely voluntary decision to come down – no-one asked me to. But without being overly dramatic, people die up on top of high mountains like that. The refuge at Camp Cholera (Elena, after the climber of the same name who died there) bears testament to that. Also Tincho had told us of a client of his who had (recently) successfully summitted, than sat down at the very summit and died on the spot of heart failure. Nothing, to state the obvious, is worth that. 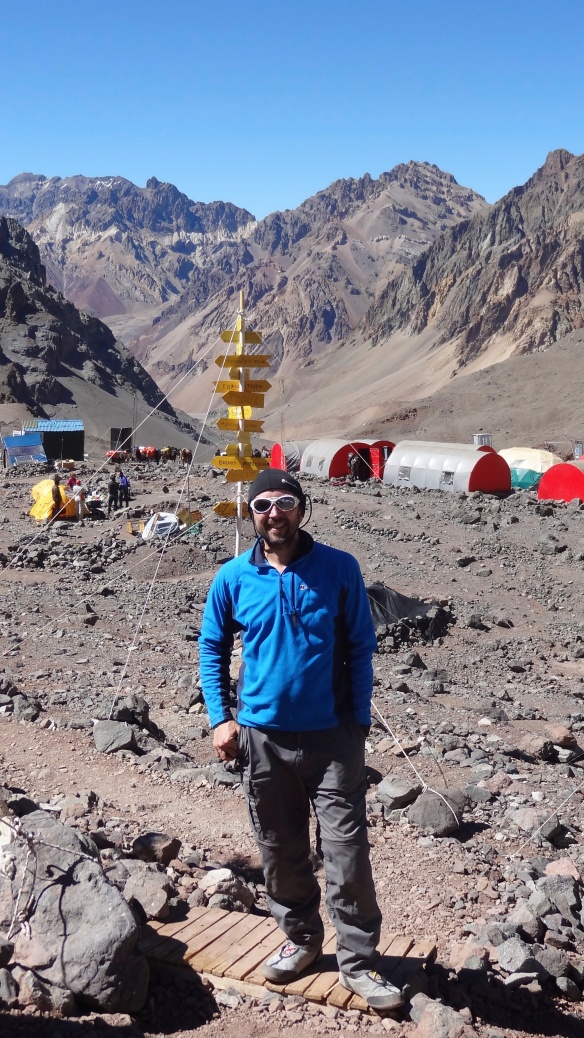 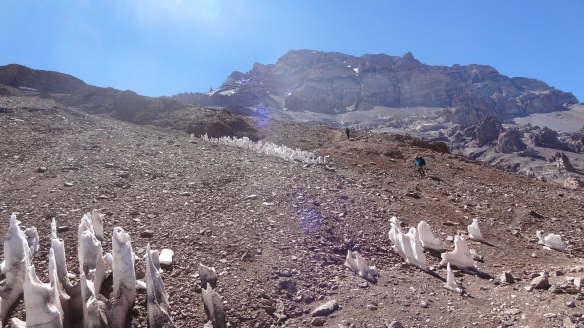 This one has quite different views to the Guanacos Valley side – this view towards the west side of the mountain. 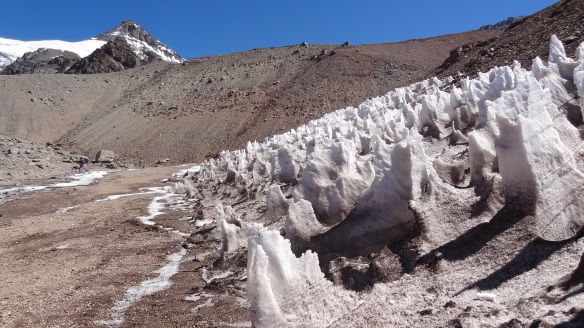 Plenty of ‘penitentes’ ice around too, reminding us that despite the sunshine, it is still a cold and inhospitable place overall.

I spent the day sorting out kit and waiting for the rest of the group to descend. Mo and I also had a walk around the Camp, took some pictures, and visited the ‘highest Art Gallery in the world’, which is basically a tent where a hippy guy lives and sells some freakishly expensive (and a little too way out for my tastes) paintings. We also had had the news overnight that each of Pete, Fred, Eduardo and Gary had all made the summit. I was delighted for them – they deserved it, and I knew (or thought) they’d make it too. They arrived back down at about 2.30pm to much high fiving. They were all pretty exhausted, partly due to the fact that this morning up at HIgh Camp the winds had been pretty ferocious and threatened to rip tents apart. 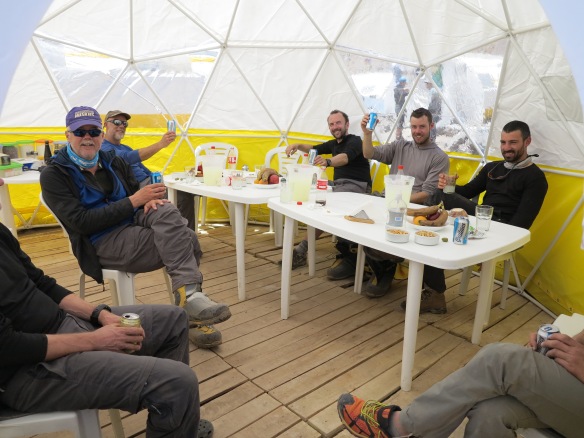 A celebratory beer at Base Camp! Fred, Gary, yours truly, Pete and Mo. 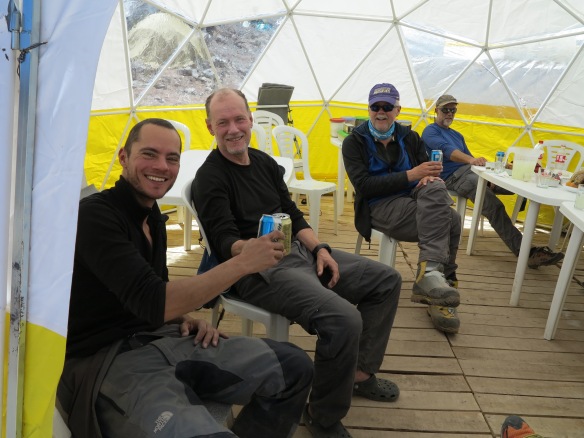 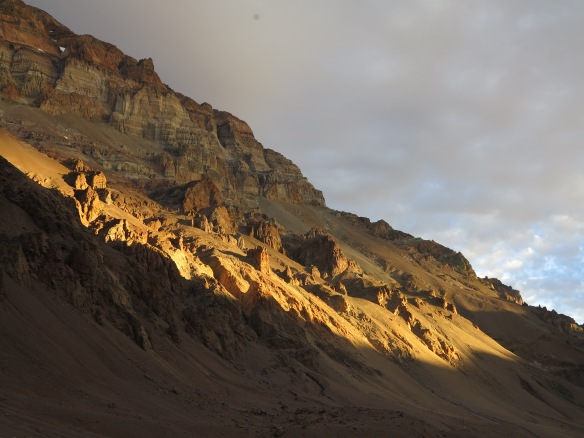 The sun begins to set on the western flank of Aconcagua – maybe the last time I’d see the sun set here, who knows. 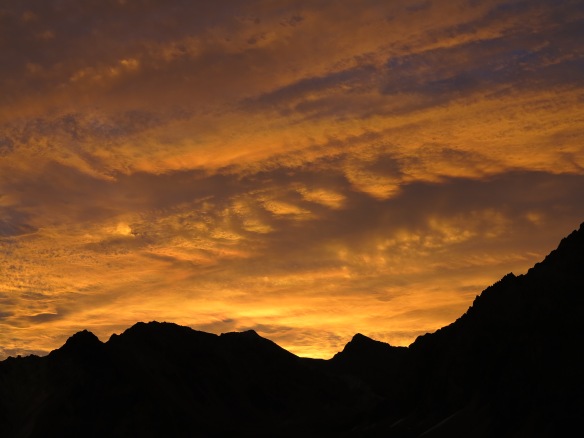 And the final sunset over the mountains as we hit our tents. Stunning.

Eventually once everyone had exchanged stories we all had a steak dinner in the tent courtesy of Grajales, and everyone retired to a well earned sleep fairly early. Tomorrow we’d need to trek out of camp, and it was upwards of 20 miles, which would tax everyone again, if not exactly technically.

So this was my last night on Aconcagua, and tomorrow late on we would be back in Mendoza. So much to reflect on, and so much to look forward to as well. That’s the thrill, uniqueness, and challenge of the mountains.