So today was (I hope, as I write this) my final day in Kathmandu. It is now the 8th November and I have been here for almost what seems like forever. That is no bad thing, it is just because of the delays in Lukla stretched the whole thing out so far that I was almost not sure what reality was like anymore.

I have to say that waking up this morning was so utterly wonderful, for two reasons. Firstly I woke up in a bed, with my head on a pillow! Being that was the first time I did so in about three weeks, I cannot even begin to describe to you how good that feels. Secondly, I could walk into a bathroom, and have a shower! That was also such a novelty that I did it twice! The water in hotels in Kathmandu is a bit yellowy, but no matter, it was warm and wet, and that is a whole lot more than I got in the Himalayas.

At breakfast time we (Tony, Stefan and I) got a phone call from Ngima up in Lukla (they did not manage to escape yesterday) to say that the others had been issued with boarding passes for a flight today, which was great. We didn’t know when, but it was just good to know that they’d be back on terra firma and make their flights back to the UK tomorrow. In the meantime we had a day to kill of just getting used to being out of the mountains, before tomorrow’s long day of flights home.

After breakfast Tony and I had a walk to Durbar Square, the sort of ceremonial/temple end of Kathmandu. The temples were incredible, in fact the whole place was, and I loved it, all of it.

Here are some images of the place: 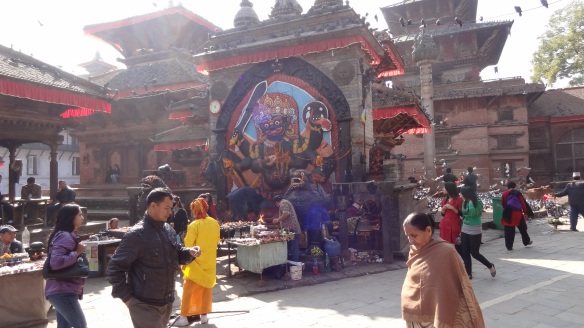 The start of Durbar Square, Kathmandu 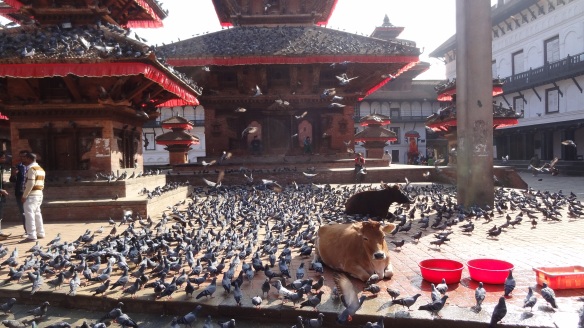 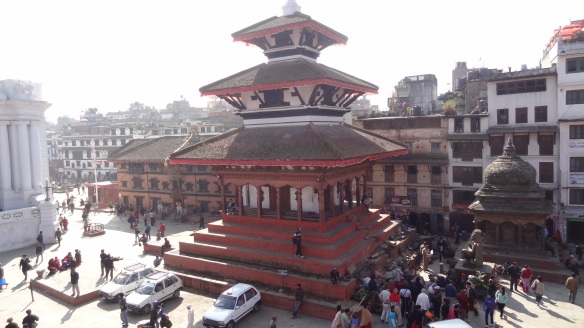 One of the many temples around Durbar Square 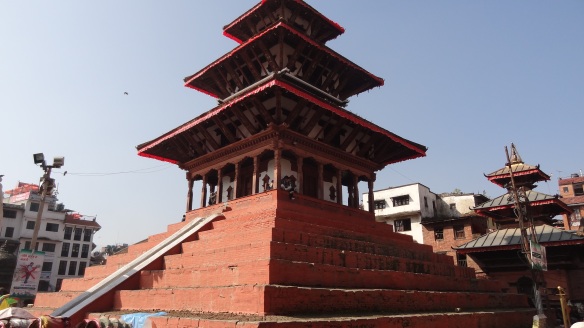 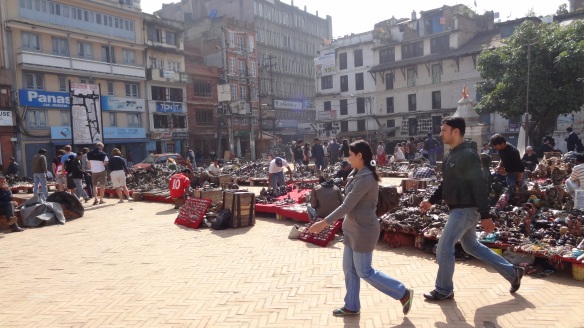 And the local trader's market 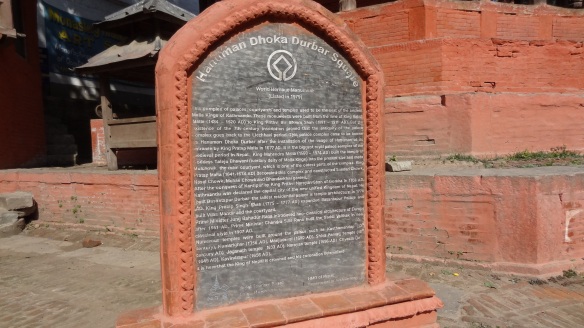 And a plaque describing how it all came about. 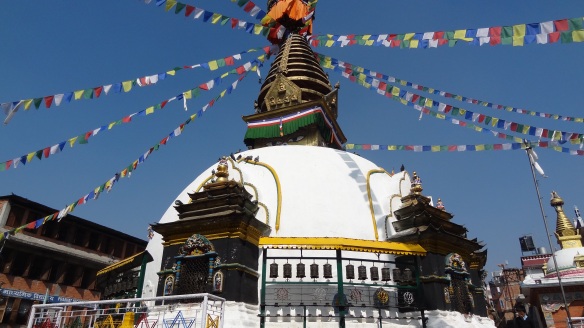 One of the many amazing Stupas in Durbar Square 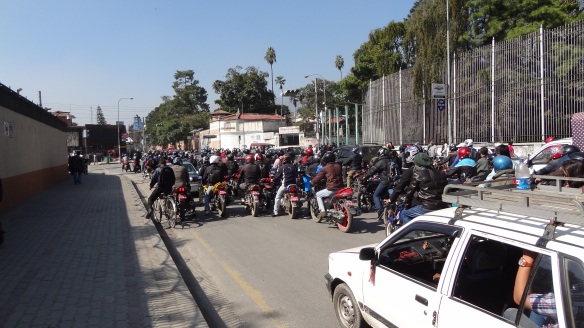 And finally, walking back out into the madness that is Kathmandu traffic.

It was actually quite ridiculous to come into this, an alien and amazing world anyway, after being in the mountains for just under three weeks. I felt a bit like I had just landed from Mars, or Japan, or somewhere, so snap happy was I :).
We returned with Stefan to Thamel at lunchtime and took our hired climbing gear back to ‘The Summit Brothers’ (not I suspect, their real names :)) hire shop, and thereafter had a very nice and large pizza for lunch. It is incredible how much I now need to eat. I have eaten what seems like, erm, mountains of food up there, but when I put my jeans on last night I would estimate that I have lost about two inches around my waist in three weeks.

In the afternoon the rest of the party made it back to Kathmandu, and we arranged for a dinner to round off the trip. Six of us made it for the dinner in the end, as Dave was suffering from sinus pains and Stefan suffering from a bit of ‘Nepal belly’, but the food was great and it was nice to chill and relax as opposed to worrying about helicopters or anything at all. Eating meat again, especially being as carniverous as I am, is a very good thing, believe me!

It then felt very strange that all of a sudden our trip was over. We’d spent altogether three weeks in each other’s company, and tomorrow would be day 22. When you consider that this is a bunch of disparate people almost thrown together, and that we would spend often 15 or more hours with each other in a bunch of sometimes trying and often almost unpleasant (despite the scenery) circumstances, everyone got on great. Really great in fact. I don’t think I saw or heard a crossed word between the eight of us the whole time, which is fantastic.

So tomorrow we will get up at 5am for an early morning flight to Delhi in India. There is then a three hour layover before a ten hour flight to the UK, and all being well I should be back on the ground at about 5.30pm UK time.

It will almost be strange to be back – I think this is the second longest ‘holiday’ (it seems a bit strange to call it that though) that I have ever had, and all of a sudden from it being still fairly warm before I set off, it is now just five or so weeks to Christmas. News just came in also that my friends Darina, Paul, Jason and Ryan just completed the New York Marathon at the weekend, so my congratulations to them. I have a lot of catching up to do, and I suppose that means back to work as well.

All good things come to and end though, or so they say, and despite the frustration of the holdup in Lukla at the end this has been an absolutely fantastic trip, with memories that will simply last forever. I can’t wait to download the photos, relive the memories, and extol the experience and excitement of seeing and experiencing Mount Everest close at hand to people back home. I also can’t wait for my own bed, and another few showers, and also some normality, even, whatever that is.